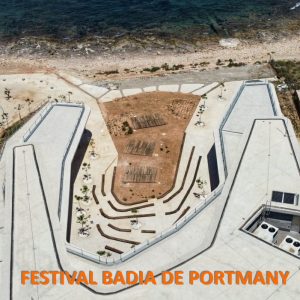 In total, the festival has eight concerts scheduled, all starring bands from the island, for the remainder of July and the month of August. According to the organization, the objective is “to link culture and music with the protection of nature, raise awareness through art about the need to protect the marine environment and its ecosystems and offer a program of shows that attracts the public from the bay and the entire island to this new venue, whose interior the City Council plans to inaugurate next October ".

The concert calendar, all of them scheduled to start at 21:00 hrs., It is as follows:

Sunday 15 August: Past of Laps

On the other hand, the MARE exhibition can also be visited in Caló de s’Oli. Composed of some 40 professional and amateur images, the best ones that were presented last year at the Audiovisual Contest for the Conservation of the Balearic Sea. It will remain on display until 29 August and can be visited every day of 10 to 13.30 hrs. (except friday), but also during concerts. The images, In addition, have been arranged next to the windows, in such a way that they can be viewed from the outside at any time.