"Animals are living beings endowed with sensitivity. The legal regime of goods and things will only be applicable to them to the extent that it is compatible with their nature or with the provisions intended for their protection ". 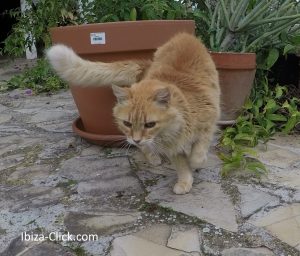 The 2022 begins with a step forward in defending the rights of pets since from now on, companion animals like dogs, gatos, birds and other pets will be considered "Living beings endowed with sensitivity".

Thanks to the legal reform of the Civil Code, the Mortgage Law and the Civil Procedure Law, the animals, that until now were considered things, are now taken into account as a more member of the family at the legal level. The new law 17/2021, of 15 of December, adapts the Civil Code to the true nature of animals and the relationships of coexistence established between them and human beings.

The change in the legal status of pets appears in a triple legal reform of the Civil Code, the Mortgage Law and the Civil Procedure Law, that was approved on 2 December and published in the Official State Gazette on the 16 of that same month. Since the text published in the BOE does not specify the date of entry into force of this measure, apply himself to 'vacation of the law'. This means that, in the absence of a specific date, entry into force takes place 20 days after its publication in the Official State Gazette, what in this case was the 5 in January of 2022.

This rule allows the consideration of dogs, cats and other pets and domestic animals as "sensitive living beings" and family members regulates joint custody pets in the event of divorce or separation and notes that pets cannot be seized or mortgaged. In addition, animals cannot be abandoned and cannot be caused suffering or pain. Of course, They cannot be used as a tool in gender violence, nor can they be disposed of by will..

According to the data of the Balearic Pet Registry (Riacib), exist 383.394 registered animals, of which 342.500 they are dogs. Cats are the population that has grown the most in the Balearic Islands, whose number is close to 40.000. Regarding potentially dangerous dogs (PPP), the Riacib has registered some 10.000 in the islands, and, as a curiosity, 556 registered ferrets.