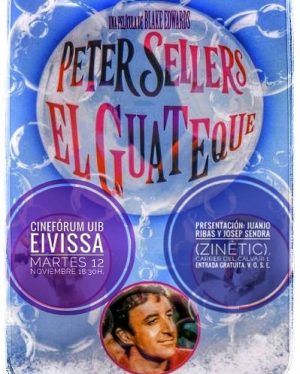 On Tuesday, 12 November, at 18:30 hours takes place a new session with the film Cinefórum the guateque. A comedy film in cinema, directed by Blake Edwards and starring Peter Sellers.

A great comedy where the gags that tells us how to succeed Hrundi V. Bakshi, one patoso an actor of Indian origin, It is filming a movie in the desert. For their continuous gaffes, It is fired from the shooting. Unexpectedly, receives an invitation to attend a party organized by sophisticated producer of his latest film. Thanks to Hrundi, at the party situations occur most crazy.