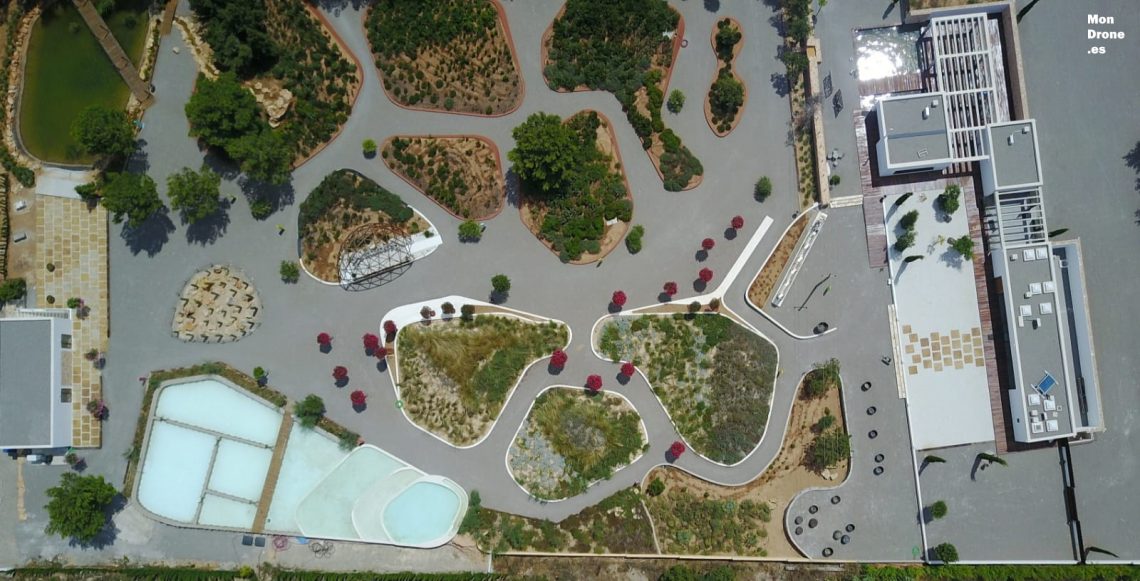 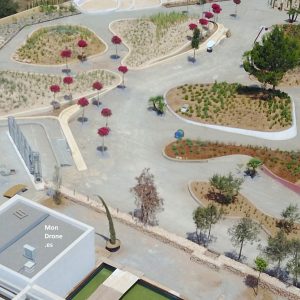 The Ibiza Botanical Biotechnology has opened its doors to the public. Located at the exit of Sant Rafel, next to Can Parentona and on the edge of the Sant Antoni motorway, this center has a dozen islands of vegetation, differentiated by habitats: the one with dunes, the forester, the one with the salt ponds, the rupicola and that of brackish or coastal areas.

In addition, contains innovative elements (and not only for the island of Ibiza), Like the atmospheric water generators (Ibiza sky water). Atmospheric generators are equipment for the production of drinking water from water vapor in the atmosphere. The technology of these devices allows capturing humidity from the environment to produce water anywhere in the world using only one energy source.. 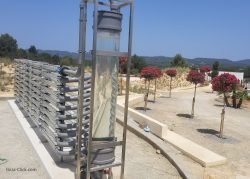 The condensation and precipitation of water vapor present in the atmosphere is the natural phenomenon that gives rise to rain, dew or frost, thanks to changes and temperature differences between air masses and the Earth's surface. The artificial reproduction of this natural phenomenon constitutes a radical innovation for the use of this unlimited source of fresh water., that in combination with renewable energy sources, allows to preserve in a sustainable way the planet's natural resources.

Another technological element is the vegetable piano. Developed by the Spanish company Bioo, It is the first plant piano in the world capable of producing light and sound from the interaction between humans and the plant world.. It uses living plants as biological antennas capable of perceiving frequency changes when coming into contact with other bodies..

The change in frequency results in a voltage, which is driven by the plants themselves as they are natural conductors of electricity. The voltage is transformed into sound by the system and activates the entrance of the current from the electrical network into the circuit, giving rise to a show of light and music activated by nature itself..

But, without a doubt, what is most striking is the shocking photobiorreactor, a cutting-edge biotechnology device created by the company Algaenergy, composed of twenty transparent pipes that in total add up to 200 meters, plus a huge deposit (also transparent). It has a capacity of 1.000 liters.

You receive microalgae that form the basis of this experiment and that are capable of absorbing CO2 (they consume voraciously) of the atmosphere (in this case the one generated by the vehicles that circulate on the highway). According to his calculations each 10 days, more or less, harvest some 300 kilos of microalgae that are used after compost and each kilo of algae will have absorbed two of CO2 during this process.

In the Ibiza Botanical Biotechnology old elements are not missing, like the three old women beehives installed by the beekeeper José Manuel Escobar, author of an exhaustive study on hives of this type that were used until the years 70, already abandoned and hidden and scattered in the forests of the Pitiusas. One of them is a copy of an original that contains a cylindrical baked clay nest; the second is a century old and comes from Can Pilot (San Rafael); and the third, built from an empty carob tree trunk, was recovered in 2011 from Cala Figuera. They will not contain bees.

Do not forget the function of Botanical Garden, unique in Ibiza, whose objective is that some 10.000 plants of 120 species from Ibiza and Formentera grow on the hectare of land that occupies the new center, containing only indigenous varieties of the Pitiusan vegetation. In fact, three large islets of the Ibiza Botanical Biotechnology are dedicated to the dune vegetation, one of the ecosystems most damaged by the tourist growth of the Pitiusas since the years 50. Each one varies according to its distance from the sea. They have recreated these spaces with quarry sand and planted the seeds of indigenous species in them, some in danger of extinction or disappeared already in Ibiza and only present in Formentera, as the Otanthus maritimus (cottony navy), a kind of dune that, appreciated for its medicinal properties, it suffered an excess of collections and was practically extinguished locally until it was recently reintroduced to Formentera in dune protection operations.

Without a doubt, the Ibiza Botanical Biotechnology is a center that the island needed, not just for tourism, but also for the resident population.

Get your ticket in Ibiza-Tickets:

The Biotechnological Botanical Ibiza has opened its doors to the public. Located at the exit of Sant Rafel, next to Can Parentona and on the edge of the Sant Antoni motorway,…